I had always wanted to photography this iconic London location. Whilst on a recent trip to the UK, I decided to make a beeline for the South Bank after the conference I was attending finished early. I had already packed my cameras, tripods (yes, multiple), batteries charged etc, etc.

The sun had already set when I arrived (tip: Parking in London is expensive, park in the Royal National Theatre in the evening for relatively cheap and secure parking). I grabbled my camera bag and tripod only to realise that the release plate on my small travel tripod was missing. I had been out the day before at the London Eye and Palace of Westminster and must have left it on the "other" camera. Oh dear. Thankfully I had my heavier tripod with me (though was in no mood to carry it) so I picked it up wearily and started making my way across the South London Embankment. Literally ran to the Millennium Bridge, opened up my tripod, took out my camera and voila; there was the release plate for the smaller tripod. No harm done. Yet. Once I set my camera on the tripod I noticed something was wrong, the tripod head was loose! And I needed an Allen key to tighten the top. I doubt visitors to St Pauls' Cathedral, or even the City of London for that matter, had heard so many profanities prior to that day.

I hoped for the best, and tried to capture a few images but the tripod head was too loose and wobbled continuously. Pedestrian traffic did not help either. My best attempt of what could have been a lovely evening out is before. The second one below is hand held - my consolation picture.

The moral of the story, plan, recheck, and double check .. everything!.  And thanks to the photographer who loaned me his Allen key after 30 minutes of begging every cyclist and photographer I could locate. But by that time, the blue hour was over, and darkness had descended over the Thames. 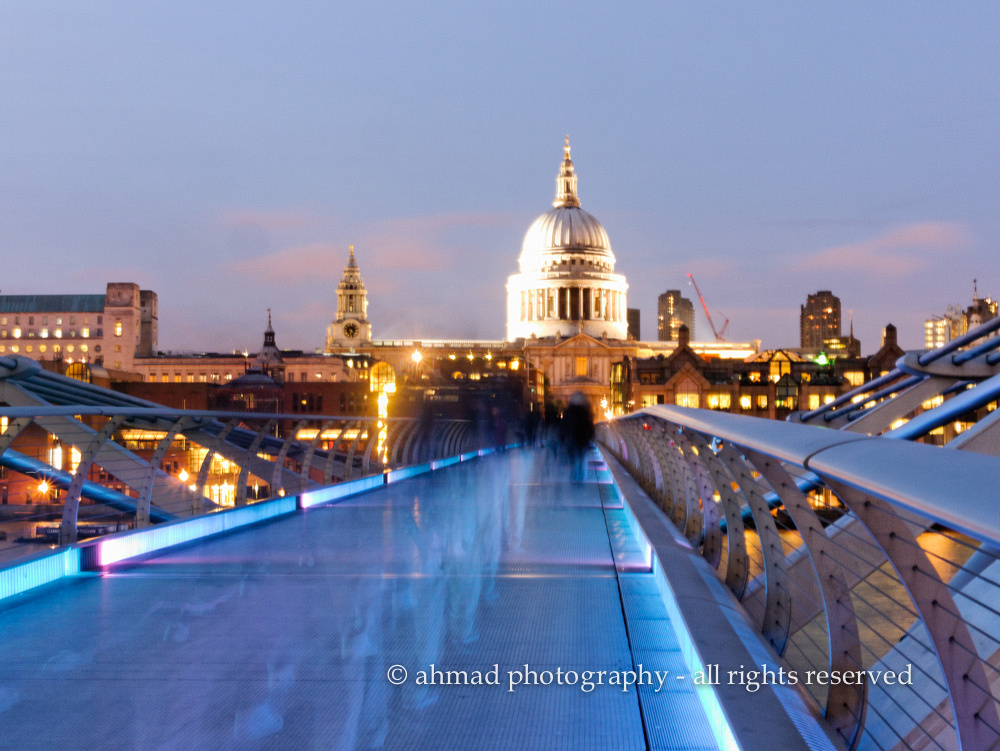 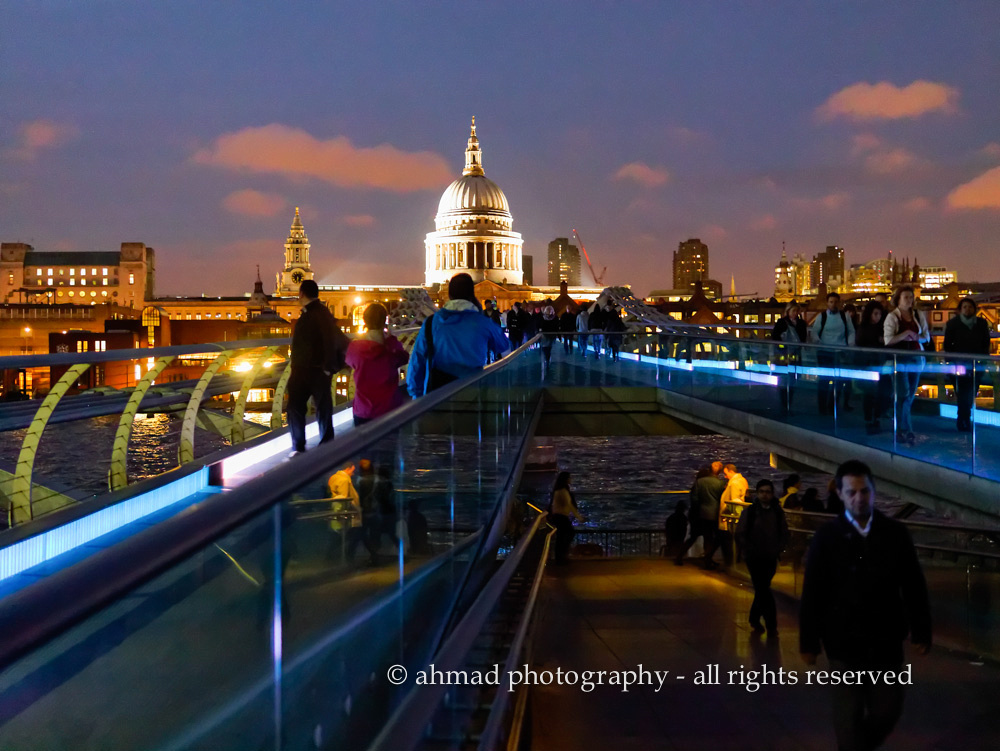