The Lahore Fort is worth visiting if you find yourself in Lahore. I studied in Lahore for many years but rarely took the time out to visit it properly. On our last visit to Pakistan we decided to take the kids to this sprawling complex to "educate" them on the history of the Mughals, their rise, and ultimate decline. A visit to this location is a poignant affair, it's a story of the "end of empire", and more so, a reflection on the glorious architectural heritage left behind by the Mughals. The area has been cleaned up recently, and has started to draw many more tourists than usual. The weather wasn't that great, fog as usual, which is a common occurrence during the winter months in the low lying Punjab. A dull sky did not lend much in the way of "classic" photography images, but it was good fun nevertheless. 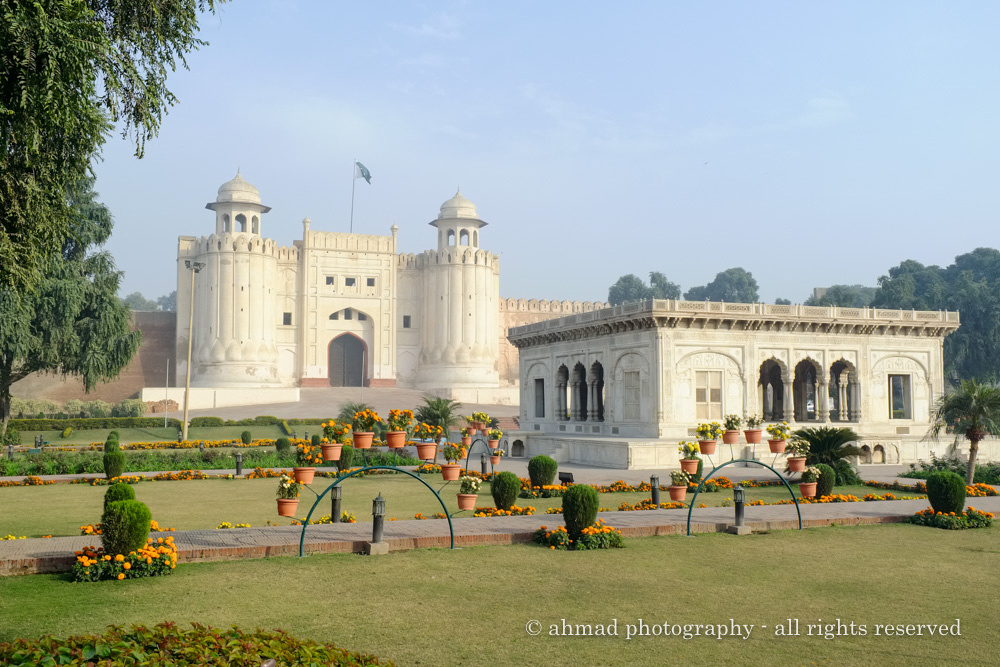 Alamgiri Gate - as viewed from the entrance of Badshahi Mosque - which stands opposite. 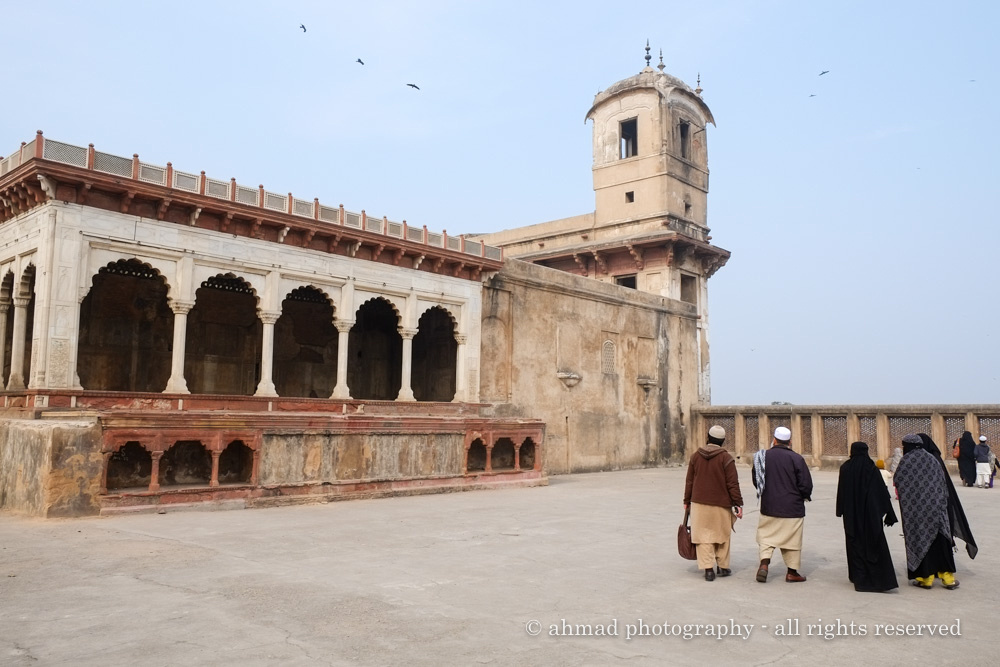 A side view of the Sheesh Mahal  - which lies behind the columns. 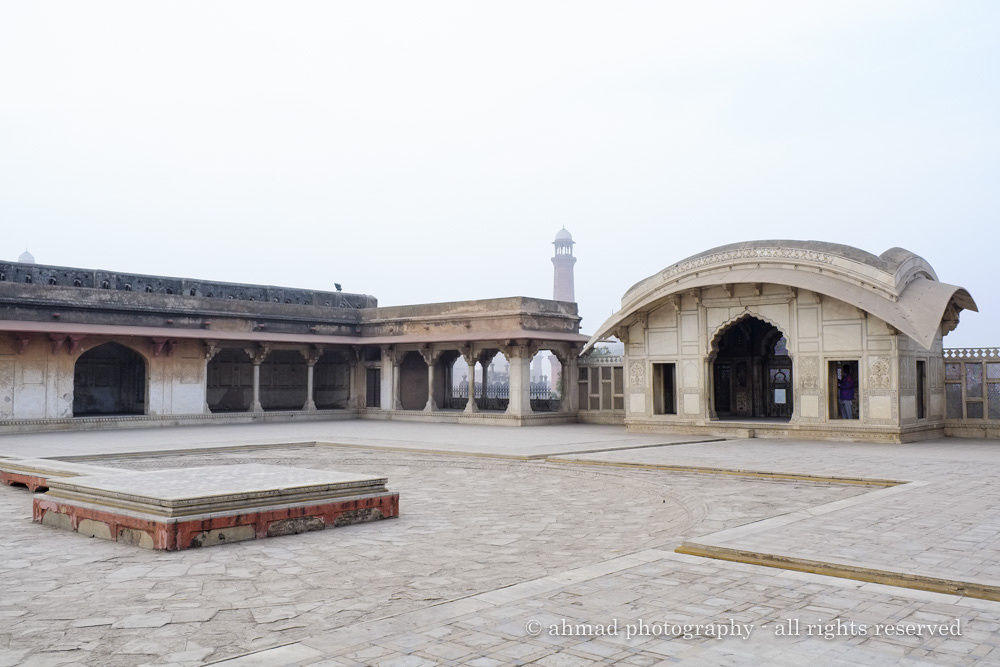 Naulakha - built for nine hundred thousand rupees during the reign of Shah Jahan - back when even a single rupee was a lot of money. The fountains in the foreground were fed from underwater caverns sourced from the river which used to flow next to the fort. These were the private quarters of the Emperors and hence lavishly decorated. 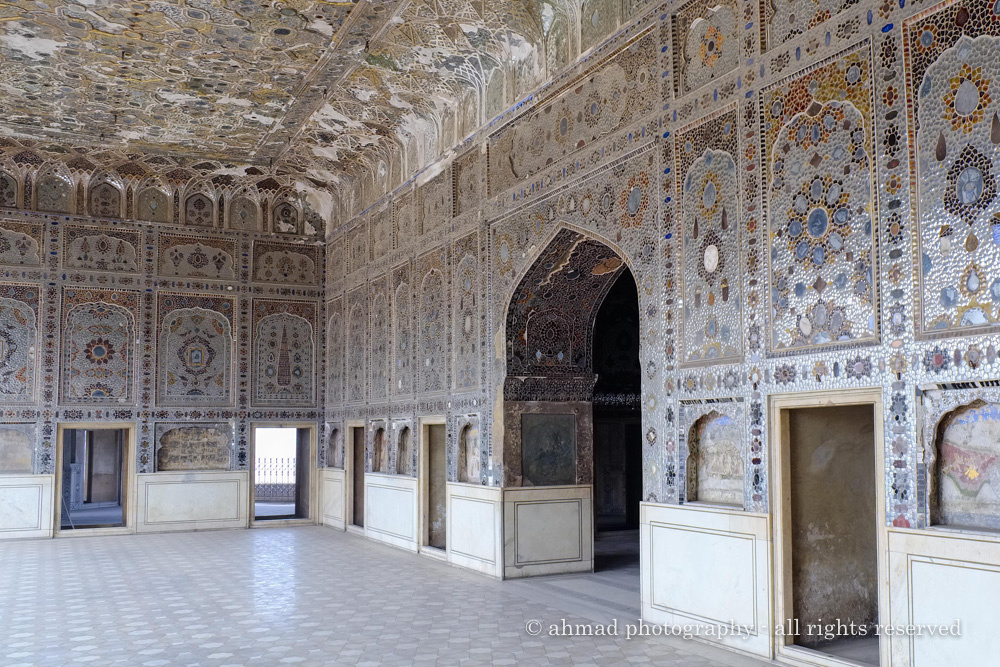 The "Sheesh Mahal", or Palace of Mirrors. Most of the work has been ravaged over time. 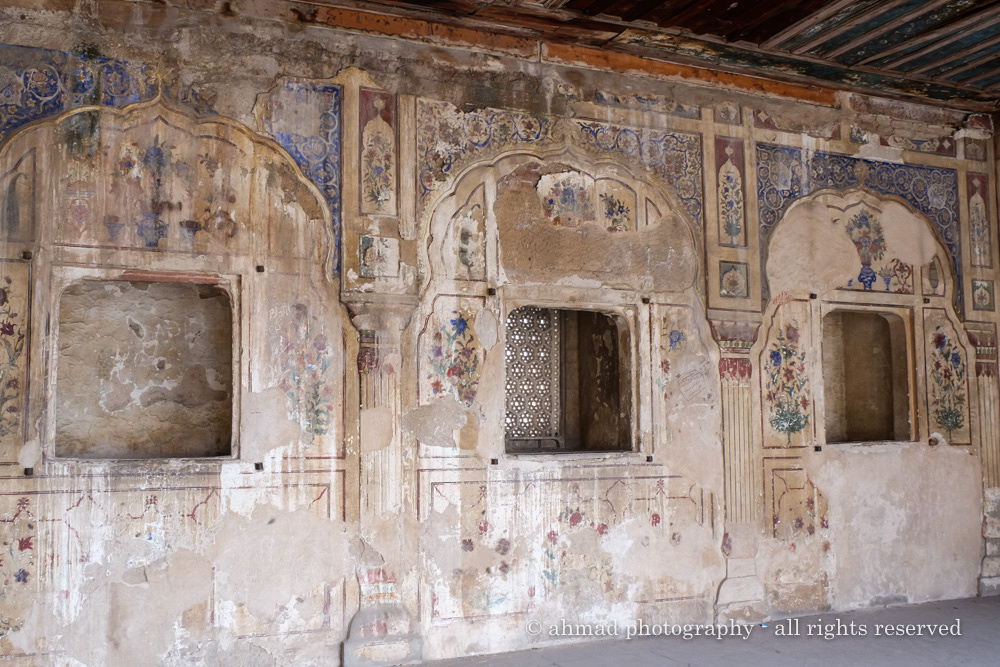 A view of the ornate work on the walls of the living areas, or what remains of it. 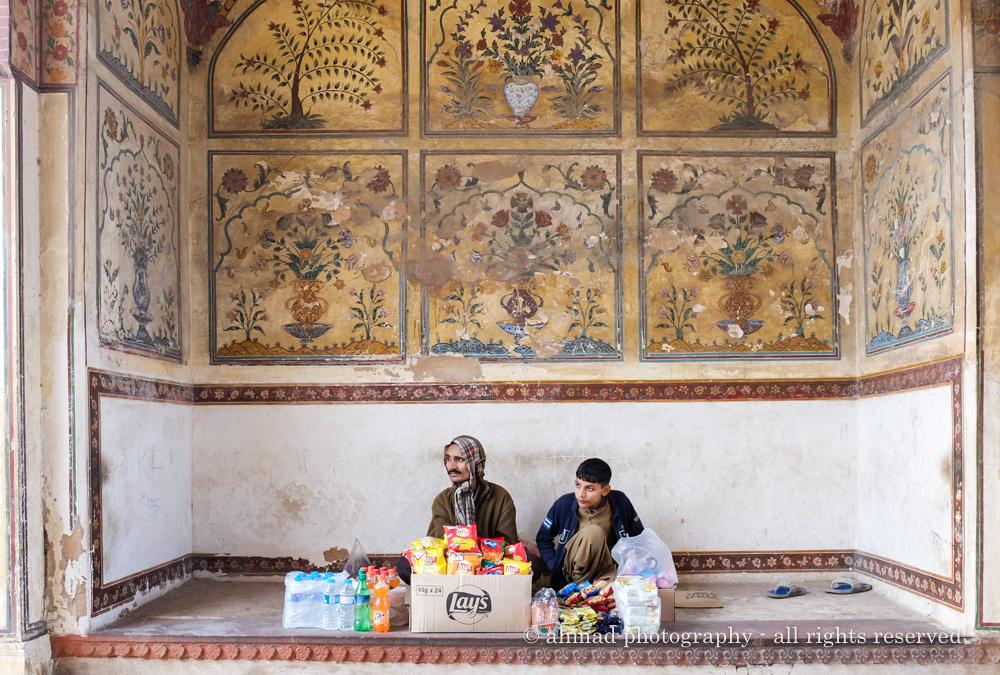 Making a living in the shadows of some great art. 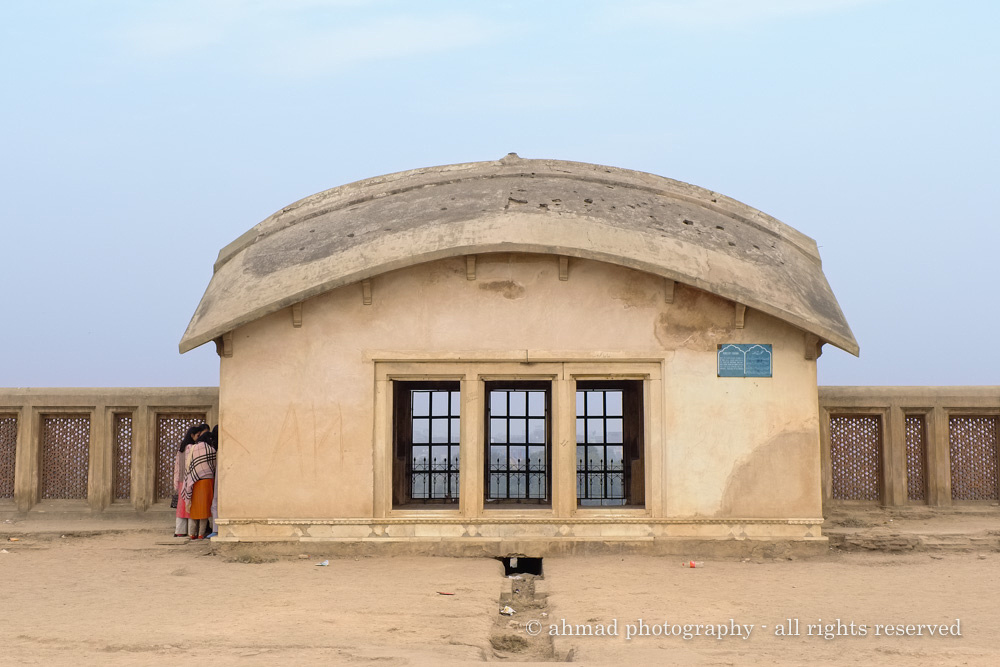 The "Khilwat Khana" built for the Royal Ladies of the Court - recalling times past? 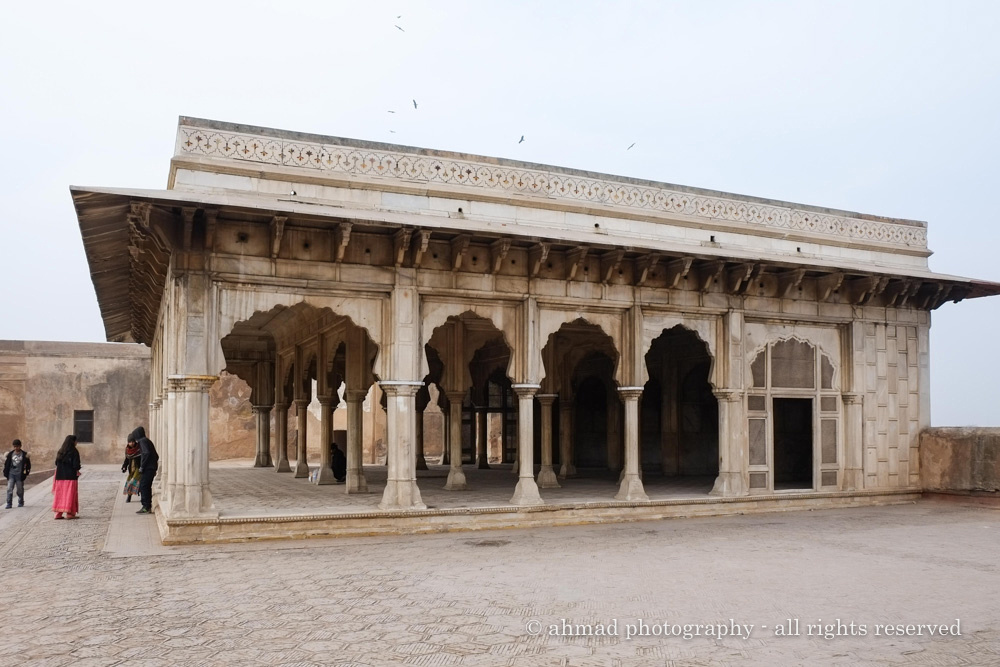 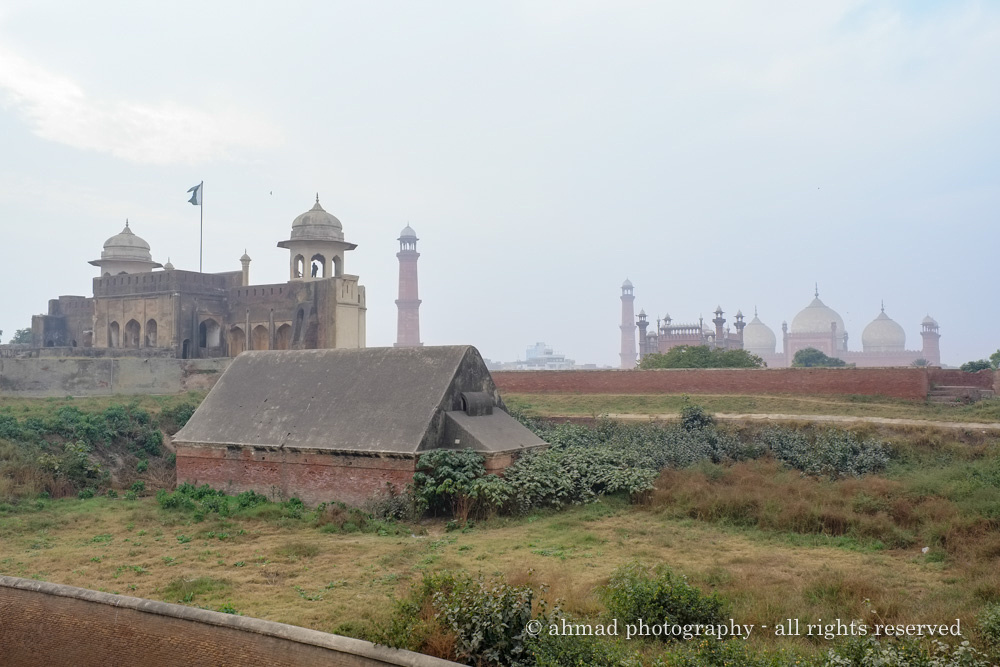 A view from the battlements, the armoury is in the foreground, with Alamgiri Gate on the left and Badshahi Mosque in the distance.